A police raid of Sweet Leaf Marijuana Centers after a year long investigation into eight of their centers in Denver and Aurora has resulted in the arrest of 13 people – mostly budtenders. In fact, no executives were arrested, however 26 permits relating to Sweet Leafs cannabis operations were suspended. 10 of the 13 people arrested were under the age of 30.

Police allege those arrested sold undercover officers more than one ounce of marijuana in a single day. Undercover officers allegedly would buy one ounce at a time and then return one to nine hours later and purchase more, sometimes through the same budtender. Though officials from the Marijuana Enforcement Division (MED) are declining comment on the specifics of the case, the statement they released seems to indicate they believe they have broad leeway to determine what constitutes an illegal sale.

The statement from Colorado’s Marijuana Enforcement Division noted that:

“Sales that are structured as multiple, stand-alone transactions may be viewed by the division as an attempt to evade quantity limitations on the sale of retail marijuana, resulting in recommendation for administrative action.”

However, despite MED’s statement the law itself seems to suggest a stricter interpretation:

Given the specific reference to a sales transaction to a customer, questions arise over how young, possibly inexperienced budtenders were to have known that MED would interpret the law this way.

It doesn’t seem anyone is suggesting those arrested sold more than once ounce in a single transaction when interpreted literally. Instead, MED suggests that these employees were circumventing the law by making multiple transactions to the same person. In this case, those persons happened to be undercover police officers.

It remains unclear whether police will eventually seek charges against any Sweet Leaf executives. If so, are low level employees being charged on questionable grounds to pressure them into helping the case against higher ups at Sweet Leaf? If not, will law enforcement in Colorado make a priority of focusing on low level employees rather than those that are responsible for training them, providing legal guidelines, and ensuring their company’s compliance with applicable laws?

Though many may find the arrests to be illegal, or at least difficult to justify, the arrests demonstrate the risks inherent in the market. These risks apply to those at various levels including plant-touching cannabis employees, cannabis company owners and investor, and related persons. 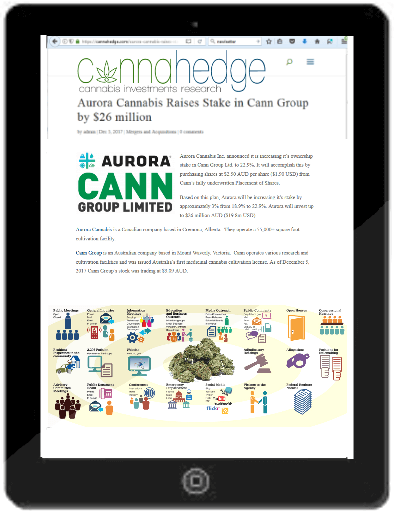 Get the CannaHedge Investor Newsletter

This website uses cookies to improve your experience. We'll assume you're ok with this, but you can opt-out if you wish.Accept Read More